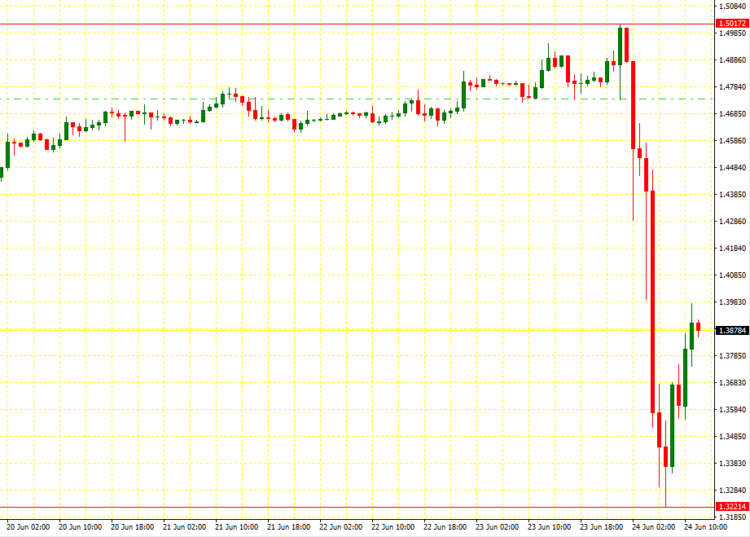 The United Kingdom voted to leave the EU, now is the turn to experience what it takes. 52% decided to leave the EU and 48% to remain.
As I was waiting for the 23rd of June for 6 month as it was a great opportunity to trade GBP/USD because of high volatility, I wasn’t sleeping for all night and it was shocking to see the results, anyway, the results doubled the invested founds as started to sell GBP/USD after realizing that the results of the vote might not be as expected. In front of my eyes the exchange rate depreciated for 11% what gave me a mixed feeling of happiness because of the incredible profit and terrible sadness because of understanding what will be the outcomes for the UK and, unfortunately, for the World Economy. Let’s start with the outcomes for the UK economy.

1) Unemployment. The major trade partners of the UK are EU countries where UK being EU member can export without paying any customs. After UK leaves the EU, it will no longer be a Trade Union member, what means that UK exporters will need to pay customs what will make their products and services more expensive and consequently the demand towards them will go down. Down-creased demand will force the producers and service providers to produce less, so they will need less employees.

2) Inflation. In the Classic Economic Theory unemployment and inflation have a correlation, when inflation increases for 2%, unemployment down-creases for 1%. Unfortunately, it will not be fully true in this case as the factor of depreciating currency and customs for import will increase the inflation rate, as importers will need to pay more pounds for EUR, USD and other currencies and will need to pay customs for imported goods and services.

4) The Bank of England will be forced to increase the Rate in order to fight with the situation trying to stabilize it. The outcomes of that decision will be the following:
4.1) Fall in house prices as the mortgages will become more expensive because of raised rates.
4.2) Less new businesses, because of expensive credits, less revenue by British banks, The London housing prices bubble will explode because of that as well as less immigrants from the EU, what will down-crease the supply of foreign currency from one side and will make the crisis deeper from another.

5) Economic and Financial crisis following the housing bobble explosion, UK stocks fall, uncertainty, mass unemployment which will be increasing by Multiplicator Effect and the crisis will get bigger because of mass emigration from UK where British people will be searching for employment and stability in US, Canada and Australia.